We downloaded the scripts and data from here SMOKE-TestCase

However, when we tried the first sector nonpoint, we got the following error:

We are new using CMAQ-SMOKe, any help will be very welcome

It is not clear to me if you have precisely followed ALL the steps listed in the github page: 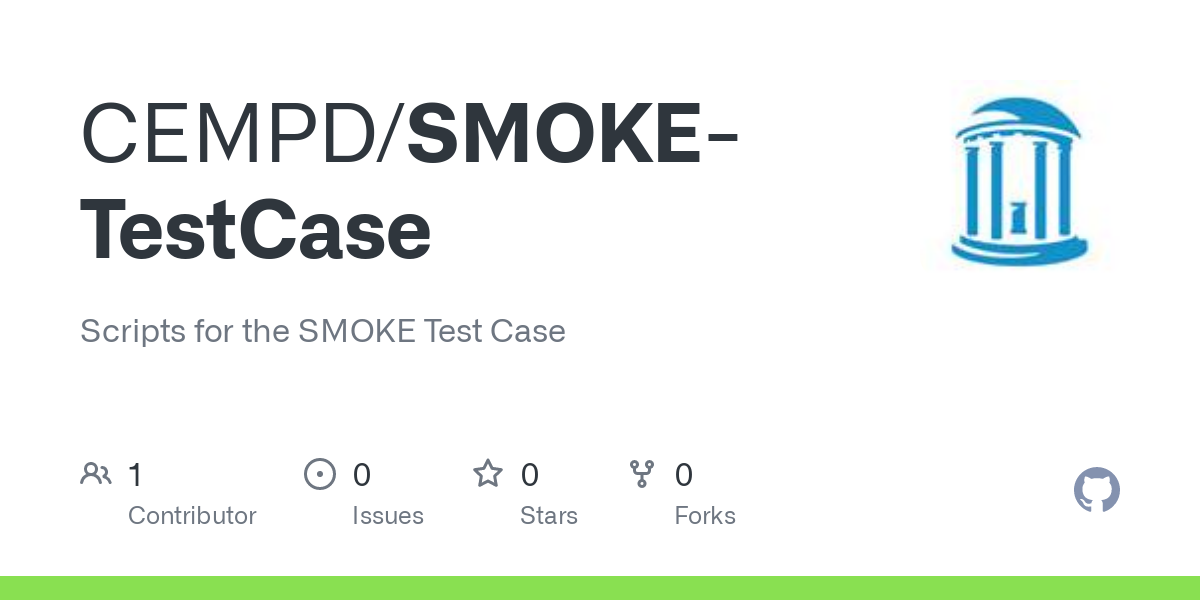 Scripts for the SMOKE Test Case. Contribute to CEMPD/SMOKE-TestCase development by creating an account on GitHub.

Specifically did you download the data from googledrive, have them at the right directory as pointed there, made all changes to runscripts?

Also, I assume that your other thread is on the same issue/question? Lets keep one for future reference (you can always update a question/thread in this forum, no need to keep creating new).

Thank you for your answer,

We open the other post, because we thought is another topic of importance to left it clear.

Yes, we understand we followed all the steps and we have the files from the drive at the right spot.

Thanks for the log file.
I think that the underlying issue may be the same in both threads and related to the way the source command is invoked in your system.

Specifically, in my logs, I do not see the 8th line of your logs:
source: shell built-in command.

How do you try to run these scripts? Are you using slurm/sbatch command?
Do you have both bash and tcsh in your system? Which is the default?

Noting that you need to be running in C-shell for the source command to work.

At the top of the scripts, there may be something like #!/bin/csh

If csh doesn’t exist in /bin on your system, there could be problems. Or, if the paths are set improperly to the file to be sourced that would be a problem

A minor caveat here: RedHat is trying to change the directory-standard so that shells are in directory /usr/bin instead of /bin – e.g., /usr/bin/tcsh. Also note that (the full path for) tcsh must be in the /etc/shells allowed-shells file…

Thank you for your suggestions.

At this stage, we are not using any queue system to perform our tests. Therefore we are running directly on the terminal.

We created a very tiny tcsh script to test our system: called test.tsch

In our HPC by default uses bash. Running the test:

Do you think, that there maybe any other even more simple test (than the SMOKE-TestCase) that we could perform?

You need to understand the difference between set and setenv:

Thank you for the answer, certainly make sense what you say.

but we did not write scripts, we are directly using the scripts as they come for the SMOKE-TestScase. We tested as you mention, we modified the test.tsch:

And using it, it works as expected:

As @chef mentions, in our log we do have the line:
source: shell built-in command.

But, it does not appear in the direct simple tests.