Could not extract GR_EMIS_001 file in CMAQ run

My test CMAQv5.3.1 simulation of 36km CONUS domain stopped in 30 minutes with this error: 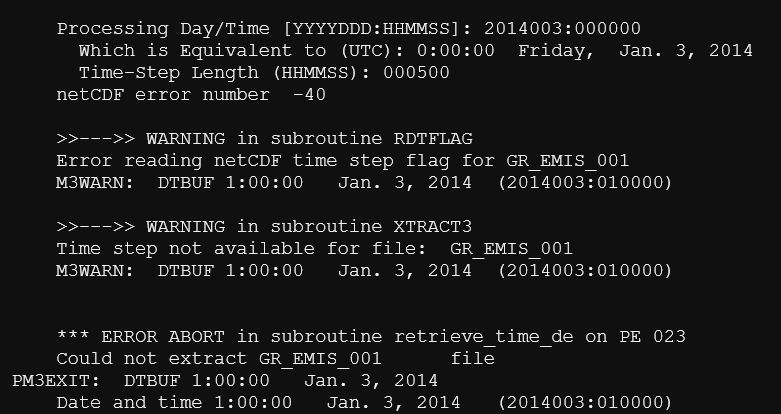 Hi @cgnolte, thanks for showing concern, and sorry for the late reply. I was on a different machine and did not have the old machine’s error I mentioned in this topic, but even on the new machine, the same error persisted. It turns out the issue was due to a bug when using representative dates for emissions, and I just used bug-fix at github to recompile CMAQ. That problem is now gone, but a new problem probably unrelated to the one in this thread came up - I have started a new thread for that new issue at Longjmp causes uninitialized stack frame.

I managed to get other errors away with LTNG and WB_DUST set to off, but the error Could not extract GR_EMIS_001 persisted (Run starts at 20140102:030000 and goes smoothly till the end of 20140102 and then exits when simulation for 20140103 starts), so I am revisiting the thread! The standard output shows this error towards this end: 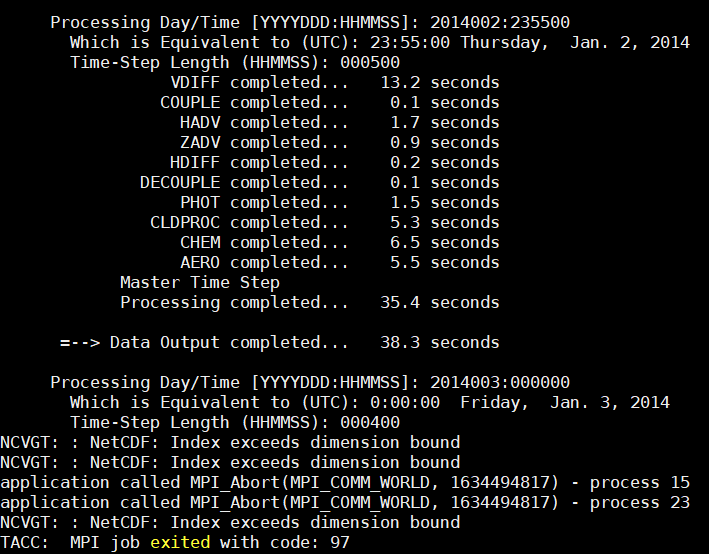 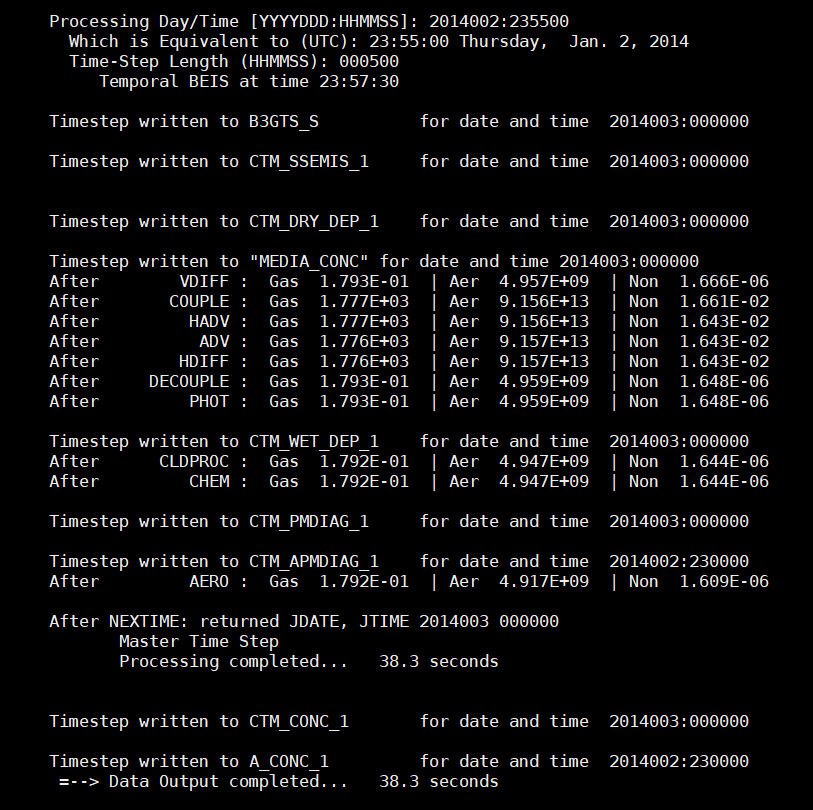 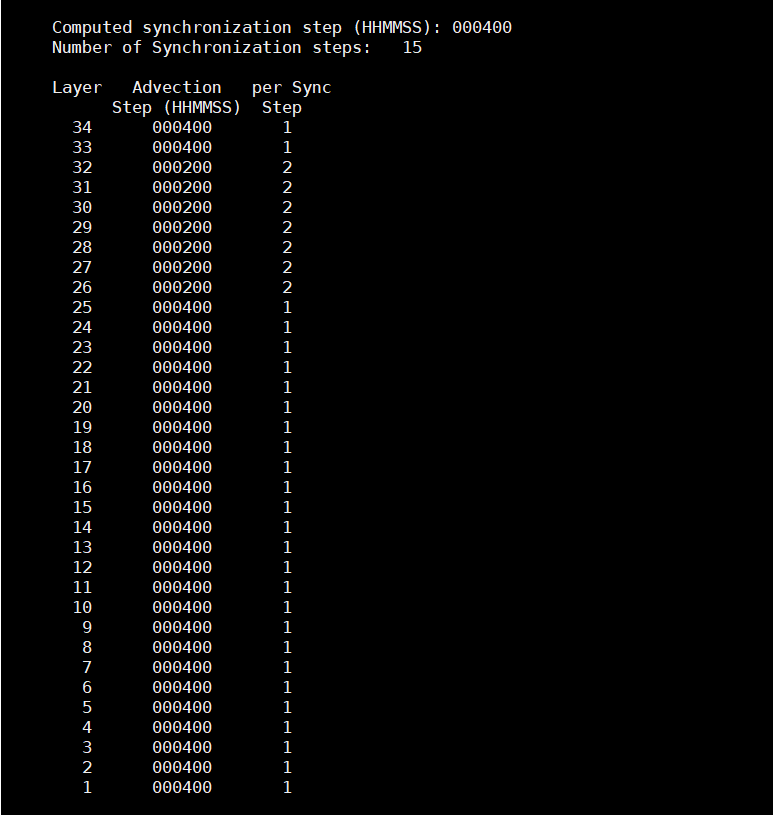 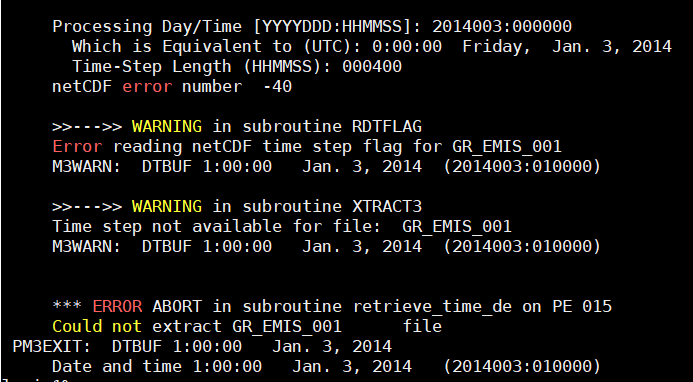 Where you say “I have checked the emission file for that day, and it exists and has the required timestamp”, the log file indicates that is not the case. How did you check the time stamps? One way to do so is ncdump -vTFLAG <filename>.

It might be helpful if you stated as clearly as you can what it is you are trying to do, rather than simply what error you are encountering. If you already said this in a previous thread, then I may have missed it or forgotten.

What is the overall time period you want to model? One day, or multiple days? You can run in 21-h run segments, followed by a 3-h run segment, and then repeat as many times as you like. I’m not clear why you would want to do so.

Your gridded emissions files start at 0Z and contain 25 time steps each. Do you have separate emissions data files for each day?
Your met files start at 040000 on 1 Jan and contain data for 741 hourly time steps, so presumably you want to run for about a month.
Your BNDY_CONC file starts at 030000 on 2 Jan and contains data for 5 6-h time steps.
If you have multiple BNDY_CONC files, then why not put them together into a single file, analogous to what you have done for the met data? You can use m3xtract for this, appending to the existing file as you go, until you have a month-long file.
Then you can start at 0Z on Jan 3, and run for 24-h periods. If you really want to start at 030000 on Jan 2, then first do a 21-h run segment, and pick up the run from there.

Thanks for the good suggestions - I was going for long simulations like you said, but hadn’t thought of these tricks.

No one seems to be using the file-set lists capabilities (requires I/O API 3.2; there were bugs in 3.1’s implementation of file-set lists). For example:

[Note that the script checks the error-status for CCTM.exe and exits (with a message and passing that status along as the status of the script) in case of failure…]